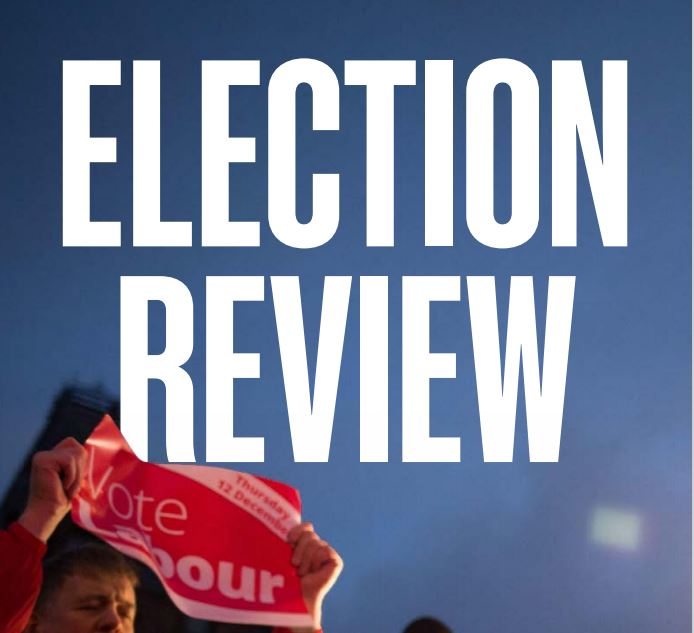 As you can imagine this website has been waiting for the Labour Together Review for some time with eager anticipation. After the catastrophic defeat in 2019, which many of us had predicted, I was hoping for a period of clam and honest reflection that faced the true scale of what had happened.

Sadly the initial responses were poor and predictable – the Corbynites even tried to claim some sort of victory for ‘winning the argument’. The Party had become so delusional by the 2019 campaign that I steered well clear. I had made it obvious that in the late Corbyn period I only retained my membership to use my vote to prevent any further damage being caused to the electoral chances of the Party by the continuation of the Corbyn project.

You can read the Full report here. But It’s not the looking back that I am now interesstd in. I don’t thnkt the report tells us much that we didn;t really already know. I do honestly beleive in learning from failure, it is vital for making progress. I have even created a project for learning from failure for the sports sector. So this Report gives us the evidence to back up where we went wrong and how deep some of the problams are for the Party

The Report is far from perfect but helps to start to help confront the scale of the issues faced by the Party, but only if people want to listen. Too many people headed straight to twitter over the weekdn to re-run their spin and defence or attack of the last few years. The reality is that the world is constantly changing and too many in the Party are incapable of changing.

So for me we can do one of two things. We can spend the rest of this year squabbling aobut who exactly is to ‘blame’ for the defeat. Or we could take on board the deep rooted problems faced in the disconnect between the Party and its potential voter and work out how to detoxify the ‘brand’ and then work on listening to what potential voters want and the building a political programme and offer around these aspirations. I prefer the latter.

There is a good section on so what next?

“This was particularly noteable in relatoin to issues which affect their personal security and lives; issues ranging from social housing, and rent controls, to decent pay and living standards, as well as significant investment in their local infrastructure and amenities, like High Streets, town centres and decent employers.”

This is the point of this website and the work we are doing at SajeImpact, in the work of the LlEP and Loughborough Town Deal partnership. Really working closely at a Town and County level to create the drivers to fundementally change lives. I have been working hard on the lessons I have learned in my years of experience in economic development and regeneratoin and to be self critical about what schemes have worked and which frankly haven’t at transforming lives at a local level.

So this is where trust will be rebuilt. Understadning the lives of the people we wish to represent, and helping them achieve their aspirations. We need to stop berating them for not wanting socialism on our terms and understand the culture wars that are being played out and how we navigate them. Othwerwise we are doomed to permanent delcine and irrelvance. As the Report point out there is nothing inevitable about recovering seats in 2024. We could lose even more.

No our task is to take this Report and accept all the challnges is throws at us and build a Party and programme that reconnects with voters, and build the coaliton of support we need to win. And that starts by embedding ourselves in our communities and listening to some more uncomfrtable conversations. Only then can we build a possible story about rebuilding Britain.

The last few weeks of this Johnson Government have made me angry. But anger is not enough. We need to channel this anger into working with people on solutions and not lecturing them as we have for the last 4-5 years. It is going to be a tough and long road, but one I am keen to be involved locally and natoinally.