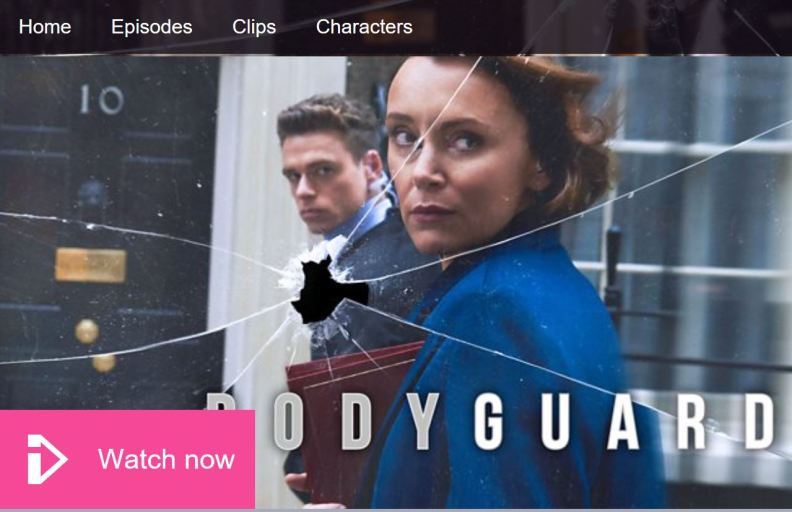 We couldn’t resist sitting down to watch the BBC1 Series #Bodyguard. I have to admit to always loving the heady mix of politics and Bond/ Spooks type dramas. Yes I get annoyed when I have to put up with them using the wrong buildings & settings for events, but I have learned not to shout at the TV so often! I also have to remind myself it is a drama and accuracy is not guaranteed or required.

I am sure I will return to the programme when we have more to go on! The first 20 minutes of the first episode was about as tense as I could take for a Sunday night. Whilst the characters have not fully formed for the viewer yet there is enough intrigue set up for me to *need* to watch the rest of the series.

Whilst I have only witnessed Protection from a distance or been involved in the training I have always found it fascinating for both parties. When I first met MPs from NI and Ministerial friends with protection I was very grateful that i was never in a position to need this level of security.

However, I did have a little taste of what life was like once a year during my time as an MP. One of my friends was involved in the Police in Leicestershire and each year they needed a ‘live’ victim to practise their close protection officers skills. Once or twice a year one of my constituency Fridays was given to Special Branch and they were instructed I had now become a target for a Friday! I was given 7 officers and two cars and other elements of the Police in the County did have permission to try a ‘hit’ if they had time to test their colleagues.

I must secretly admitting enjoying the first part of the first experience. For those of us who have a slightly James Bond inner desire being whisked around the County in an unmarked police car and support car – having your door opened and walking into a meeting with the advance team having cleared the path for you. There was a buzz. However, I can always remember thinking by the end of a 10 hour day that I was fed up with every movement being shared with a team of 7 Officers!

I was instructed to make life a little tough for them – insisting on eating out in public places or suddenly changing the plans for the day. But on the other hand I couldn’t go to the toilet without giving notice so that it could be checked and cleared! By this time I was starting to feel all my privacy was being lost and I was looking forward to the point we said goodbye at the end of the day. I really don’t know how people cope having the intrusion in their lives. I have genuine sympathy.

One year the Queen was due later in the month to open the Space Centre in Leicester so they thought it would be useful to use me as a dummy run for the day. No jokes but its probably the only time I was Queen for the day… treading her every step ahead of the visit.

On another occasion we got late notice that Gordon Brown when he was chancellor was available to open the Ford Centre at Loughborough University during a visit to the East Midlands. We grabbed the opportunity and I had to inform Special Branch we had a proper VIP. We squeezed the visit into the late part of a Friday afternoon after I had been around the County and constituency all day. We arranged to meet Gordon at the West entrance to the University and travel in together. We were running a little late from Leicester so the team got permission to do the A6 at let’s say slightly higher than the national speed limit. When we arrived I could see Gordon’s slightly battered Rover with 5 of his team squeezed into the seats waiting for us. I swept up into the layby with my two cars. An officer stepped out, opened my door as the others checked Gordon and his team. I remember Gordon and Ian Austin giving me a strange look as I strode across “You are either important around these parts Andy or you have made some pretty dangerous enemies”

So I will watch #bodyguard with an element of admiration for the officers who do this job. Week in week out just ferrying around VIPs but having to be ready for the one moment their skills are required. Equally I admire those in politics who are willing to sacrifice their personal freedom and privacy for public service. It looks glamorous but it isn’t!